Administrative tasks and production on Revenge Story has slowed down a bit during this period in favor of numerous files and appointments. But all this paperwork is for a good cause because we are preparing the official creation of the studio! So we meet again in this month of September and we propose you a small assessment of this summer period.

~The writing of the script and the development~

~ The promotion of the game ~

See you ain October to know the progress of the game!

You can discover or rediscover the demo of Revenge Story HERE.

Do not hesitate to support us by following us on our NETWORKS. 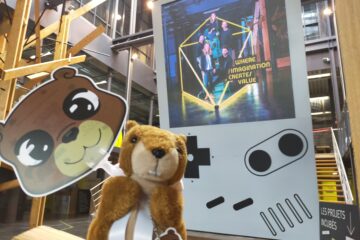 The history of video game conventions

Video game conventions have achieved record attendance after the confinements caused by the health crisis and their cancellation for nearly 2 years. This ever-growing craze for these events is a reflection of the growing place of video games in our daily lives over the years. Today's article proposes to go back to the origins of these events: the very first conventions.